Chef’s Table, Parts Unknown, Mind of a Chef and Ugly Delicious – we’ve seen them all. We’re always on the lookout for quality food and cooking shows to stream on Netflix. So if you are like us, always hankering for more food on the small screen, you’re in luck – we’ve done the digging for you to find the most interesting food shows to watch whatever the occasion.

Curious about the ritual of the barbecue in Argentina, or want to learn a thing or two about the multicultural cuisine of Israel? There is also a film on the first ‘wine fraud’ criminal who scored millions of dollars selling fake wine, and a documentary on the migration of Italian food all over the world. Whether it’s something to have on while cooking on a weeknight, to binge on during a weekend date with your couch, or you are looking for something to really get stuck into, you’re bound to find something here.

Here’s the list of our favourite Netflix food and cooking shows we want you to get in on.

Food On The Go 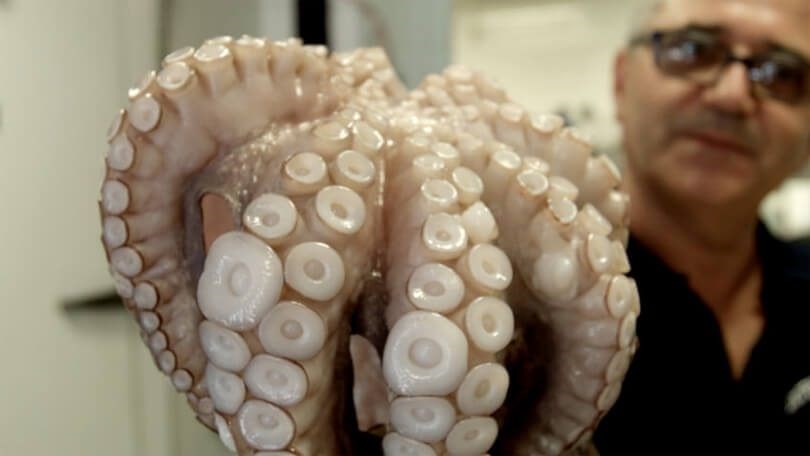 Italian cuisine in one form or another, has a place in almost every food culture in the world. This documentary traces the migration of the popular cuisine worldwide, from America to Australia, and also the various local adaptations that were made along the way that lead to its evolution.

Watch Food On the Go on Netflix.

A fun, quirky trip to remote places in Argentina where roasting is more than a meal, it is a ritual. The documentary takes a look at the role of barbecue as a feature of Argentina’s national identity through testimonies of butchers, chefs, psychologists and others related to the topic.

It’s make or break as restaurateurs compete to make their foodie dreams come true. They have three days to serve their restaurant idea, cooking and serving in a real restaurant setting, at the end of which a panel of investors deliver their verdict on who gets the one million pounds. Hosted by Fred Sirieix and shot in Manchester. The second series of the show has just started screening in the UK on BBC Two.

The highly likeable duo have created their own style of and down-to-earth home cooking with their numerous TV shows and cookbooks. Here they go east, to Hong Kong, Thailand, Japan and Korea to discover the local cuisine, eat and cook some dishes themselves.

A fascinating documentary on the excesses of the fine wine industry that follows the story of con-man Rudy Kurniawan. He was the first person in the US to be convicted of ‘wine fraud’, cheating investors for millions of dollars worth of wine which he had forged in his home.

Finished the Great British Baking Show and looking for a reality TV binge? This is the one. Hosted by Nadia Hussain, winner of the sixth season of GBBO, along with Zoë Ball, two teams of three family members passionate about food compete in a series of challenges and are judged by Michelin star chefs to be crowned Britain’s best home cooks.

In Search of Israeli Cuisine

A documentary featuring restaurateur Michael Solomonov (Zahav, Philadelphia,  and winner of multiple James Beard Foundation awards) who travels through Israel to meet with chefs, winemakers, home cooks and cheesemakers, discussing food and culture. In the process he tries to decipher the country’s cuisine and its cultural complexities.

Watch In Search of Israeli Cuisine on Netflix.

In Defense of Food

Based on the book by the New York Times best selling author Michael Pollan, this film basically answers the pertinent question of what we should eat, and why. Pollan examines the industrially driven Western diet to show how it has ruined our health, and travels to far flung places such as Tanzania to Peru, Paris to the Bronx, to find solutions for the future.

Watch In Defense of Food on Netflix.

And here are our previous roundups for essential viewing of Netflix food and cooking shows.

9 of the Best Food Shows on Netflix Right Now 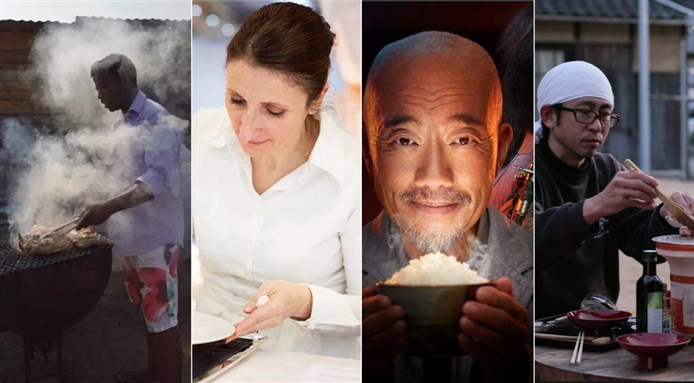 9 of the Best Food and Cooking Shows on Netflix

Recipe and photo courtesy of celebrity chef Nick Stellino, who is celebrating the 25th anniversary of his hit TV show Storyteller in The...

Recipe and photo courtesy of the National Onion Association, For an even heartier breakfast, stir in leftover shredded chicken with the...

Meike Peters is a cookbook author, food blogger, and the winner of the James Beard Award for Best Cookbook–General Cooking for her...

ChefCookingCooking appliancesCookware and bakewareCuisinartdishwasher safeDishwasher SafefoodFood and drinkfood releaseFoodsKitchenmicrowaveNonstickoilolive oilPanStainlessstainless steelsteel
Do NOT follow this link or you will be banned from the site!
The owner of this website is a participant in the Amazon Services LLC Associates Program, an affiliate advertising program designed to provide a means for sites to earn advertising fees by advertising and linking to Amazon properties including, but not limited to, amazon.com, endless.com, myhabit.com, smallparts.com, or amazonwireless.com.
Home Privacy Policy Terms Of Use Anti Spam Policy Contact Us Affiliate Disclosure Amazon Affiliate Disclaimer DMCA Earnings Disclaimer