Slow Cooker Chicken Fajitas couldn’t be easy to put together and make the most delicious, moist and tender chicken fajitas without any guilt.

While I love the idea of chicken fajitas sizzling in a hot pan like they do in a restaurant, sometimes I just don’t have time for that and these simple slow cooker fajitas are the perfect substitution. All the traditional fajita fixings are added to the slow cooker and in three to four hours, you have delicious, moist chicken breast with plenty of tender peppers, onions, and tomatoes. They are so easy and really tasty. 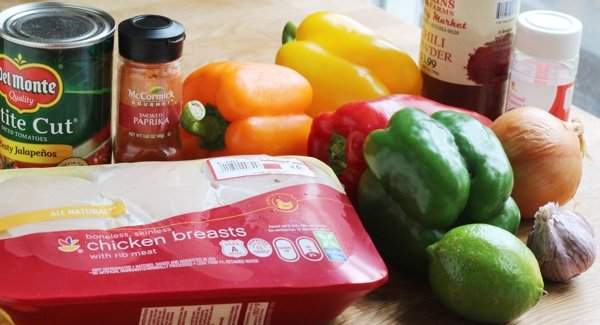 One of the things I love about cooking chicken breast in the slow cooker is that you don’t have to worry about the chicken drying out. The slow cooker and veggies trap in the moisture and ensure a tender chicken breast every time. This is especially true in this recipe since the chicken cooks “sandwiched” between plenty of peppers, onions, and tomatoes.

In terms of preparing this recipe, there is a little extra work in the beginning slicing up the veggies and making the homemade fajita seasoning. To make slicing the veggies quick and easy, consider using a food processor. While I won’t always pull out a food processor just to slice veggies, its worth it in this case since you are thinly slicing four bell peppers and an onion, which can take some time. Then all you need is your favorite canned tomatoes, I love the ones with jalapeños, and that’s it. 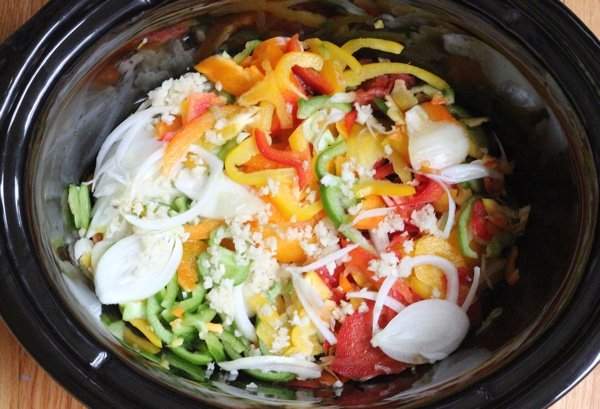 When it comes to serving these Slow Cooker Chicken Fajitas, you can go the traditional route and serve the chicken in flour tortillas with all your favorite toppings. It is also delicious wrapped in lettuce for a lower carb option or piled high on a salad. For meal prep, I love making this on Sunday and preparing rice bowls for the week with a serving of brown rice, black beans, and the chicken. Then usually I bring a lime, some avocado, and cilantro with me to add when it’s time to eat. And since everything tastes amazing with cheese, it’s worth mentioning that this chicken makes a killer quesadilla.

Here are some things to consider when making Slow Cooker Chicken Fajitas: 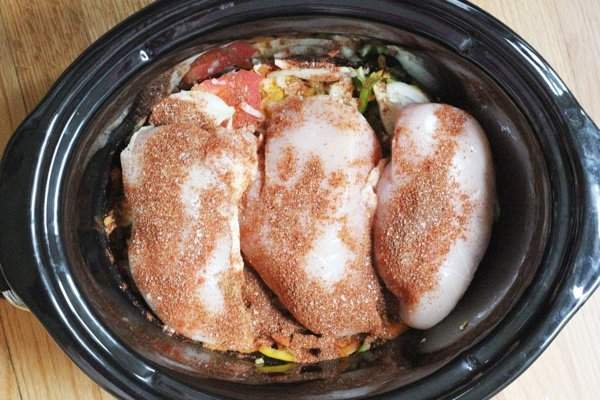 Honey Soy Chicken with a simple five ingredient sauce is the perfect combination of sweet, savory, and just the right amount of...

This easy Honey Garlic Chicken and Asparagus is a weeknight staple since it uses simple ingredients you likely have at home. Plus it is...

This 30 Minute Low Carb Beef Chili is packed with chili flavor without the carbs! By leaving the beans out of this keto chili, you can...

Low Carb Cinnamon Apple Pancakes pack in so much delicious apple and cinnamon flavor and are surprisingly low in carbs, paleo friendly,...

These Three Ingredient Banana and Egg Pancakes are a staple in our house. I make them almost every week and love that I can quickly...